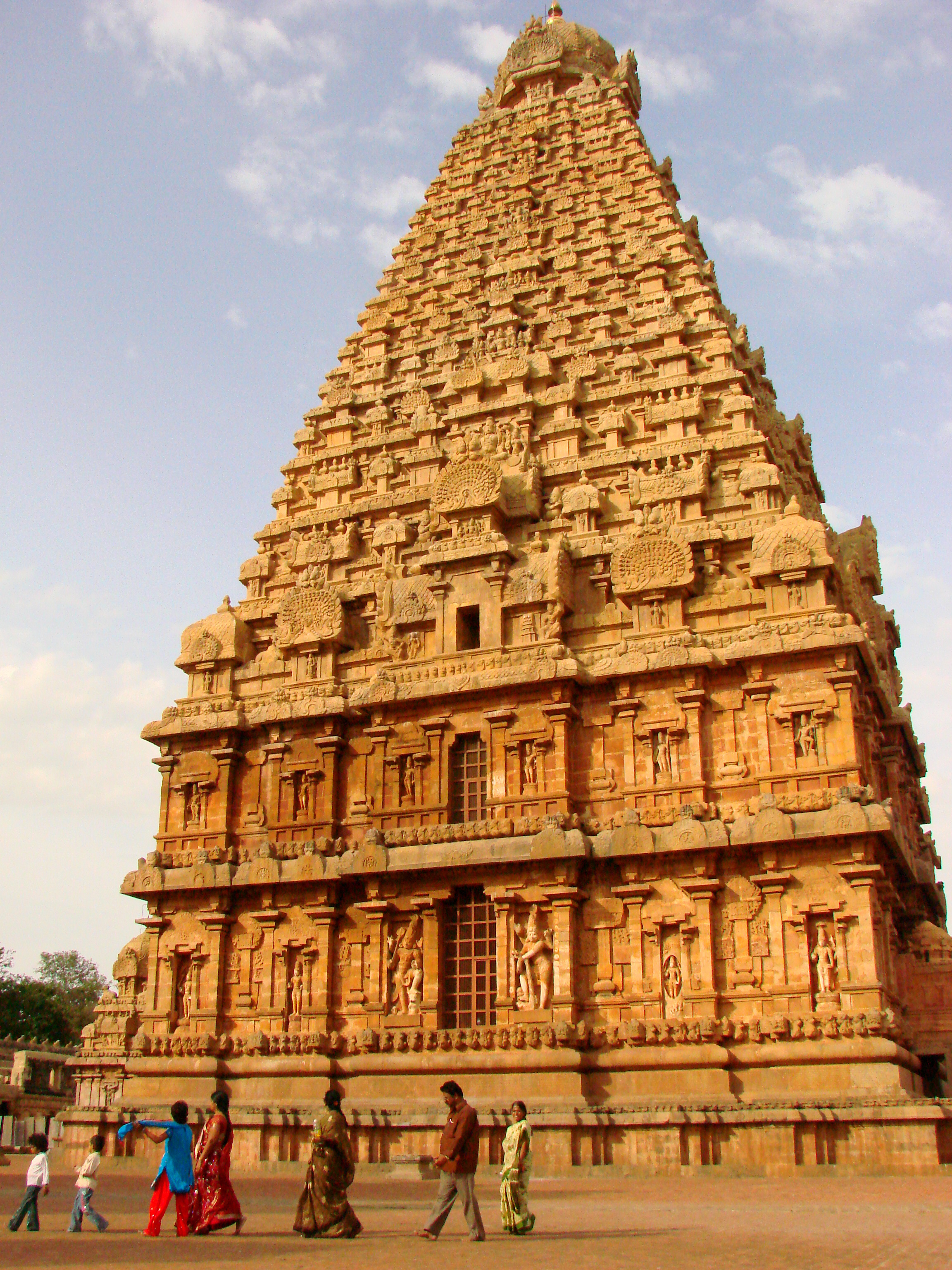 Dravidian architecture is an architectural idiom in Hindu temple architecture that emerged in the southern part of the Indian subcontinent or South India, reaching its final form by the sixteenth century. The temples at Bikkavolu represent the Dravidian style of architecture. Under the 'Pallavas', Dravidian style made great progress. The 'Cholas' introduced some new elements and the Eastern Gangas

Chola style temples consist almost invariably of the three following parts, arranged in differing manners, but differing in themselves only according to the age in which they were executed.

The porches or Mandapas, which always cover and precede the door leading to the cell.

Gate-pyramids, Gopuras, which are the principal features in the quadrangular enclosures that surround the more notable temples.Gopuras are very common in dravidian temples.

Pillared halls (Chaultris or Chawadis) are used for many purposes and are the invariable accompaniments of these temples.